Shenmue Dojo is arguably the biggest Shenmue fan community online. It has amassed a large number of posters, and has been a central figure in the Shenmue revival effort. Unfortunately, the site has questionable staff that do not prize free speech nor differences in opinion.

In a recent thread about the negativity surrounding Shenmue III on the Dojo boards, we were talking about the impact the recent stuff will have on the game. For those who don't read the forum, Dojo has a mostly overly positive viewpoint. You are not allowed to make much of a hint of negative opinion towards the series or its trajectory. I posted a long, thought out post on why I think Shenmue III will fail at this point due to varying factors with the recent news being the nail in the coffin. This post was readily mocked, accused of "whining", and it was said,"please google Syria" because apparently caring about a game you've been a fan of for decades means you don't care about real world issues. Shenmue Dojo stands as an influential site in the Shenmue community and helps shape discourse. It isn't good when a community shuts down any and all opinions just because they aren't positive. You can [read the page where I made my post here](https://web.archive.org/save/https://ww ... 440/page-6) Of course, I was perma banned for my post.

More than that, the responses were beyond head scratching.


Allow me to roll my eyes and point to your previous, tedious long post on everything that is wrong with SIII. Get off your high horse. (note: this is a staff member)

This isn't true BTW, and I've been here long enough to recognise this is the last playing card left before crying censorship and attacking the site staff (which I see you've already begun), because people won't agree with you en masse like nodding dogs.

Note: the staff member in question was hostile towards any opinion that wasn't his own the entire thread. Read it for yourself.

In the recent debacle regarding storefront move, many people have lashed out calling for refunds, accused Yu Suzuki of theft and lying. Those are on the one side of things, and then there's those who have completely dismissed peoples concerns with deadpan apathy, accusing people of just "whining". Shenmue Dojo sits on the opposite extreme.

For the Shenmue community going forward, I think it's best that we allow an open environment to express opposing opinions so long as they're reasonable. Is that agreed?

r/Shenmue should embrace free speech and opposing viewpoints especially in a time of much discord within the community. The Shenmue community is split and demanding fealty isn't how you unite people.

To perfectly hone in on why Shenmue Dojo is bad for the Shenmue community I'll share my story:

I originally joined Shenmue Dojo in 2006 as the user Himuro.

I registered a second account on Shenmue Dojo to address questions/comments on the article because I didn't feel comfortable having my real name attached to my username like that (something I don't care about now). My real name account was banned. Archive: https://web.archive.org/save/https://sh ... 4&start=30

Later, around E3 2017 we were discussing in an E3 thread. Peter, an administrator at the time, was losing his gasket and attacking users. I called him out about it and he perma banned me for it. Archive: https://web.archive.org/save/http://she ... &start=225

A few days later, it seemed they realize that they couldn't just ban people for disagreeing with staff. So they registered a new user named Vergalho das 5 and posed him as me. The mod Sonoshee accuses them of being the user Himuro, and they replied "why am I being attributed as being Himuro?!" I told another user that Vergalho das 5 wasn't me. He brought it up in the thread on the next page and Peter basically went,"it doesn't matter." As you can see currently, they realized their fuck up and for some reason had my already perma banned account come in, after being a regular user for over 10 years, and say,"hi guys this is my first post!" Did they unban me, then make the post after the fact? Who knows. But why? Archive: https://web.archive.org/save/http://she ... =5&t=50866

This is what the Shenmue Dojo staff is like. A staff that bans emotionally, that doesn't embrace free speech, that fakes users making alts has no business being the face of the Shenmue community. Other groups like Shenmue 500k similarly do not embrace opposing opinion. What is it about the Shenmue community that teeters on being fanboy-ish to the point of toxicity?

At Shenmue Dojo you are treated as disposable. I wrote entire articles on Shenmue to promote Shenmue III and thrown in the trash for being “negative.” I actually streamed for the Dojo to celebrate III’s announcement. I was a regular poster and contributor to Dojo for 10 years. Even contributors like Ziming – who has amassed the largest Shenmue focused Youtube channel and promoted Shenmue across multiple sites and social media – has been disposed from the Dojo. Ever since Shenmue III’s Kickstarter certain fans feel the need to exercise themselves as in the right and the ones with the only valid opinion because they contributed 10-20k in money to the funding of the game. “I have more money riding on Shenmue III than any person on this forum therefore I am in the right” is a common sentiment from high profile users.

In many ways Shenmue III has been among the best things to happen to the Shenmue community but also among the worst.
Top

That is a lot of info to take in...i'm happy that you back yourself up with screens and archives when this type of shit happens...i encourage everyone to do this...if you are unaware....this is the 2nd 500K group...3rd to be more precise but that doesn't matter....the person who created and did the majority of the work for the original 500K was removed and banned by other admins back in 2014...he stayed away for a while but I and Wispartan gradually got his mojo back and we built up this group to counter the toxic and elitist values of the others, Team Yu is heavily involved in all this, maybe one of the worst contributors to this divide...

i think together we can recover the situation and not be a laughing stock in gaming communities, right now we look bad but there are plenty of good level headed people out there.

Sorry if you feel any ill will, you have been at the dojo for a long time. I got out of the dojo years ago because i wasn't using it. I wanted to campaign properly and felt that Facebook and Twitter were the way to go.

You join the group with us all who have been banned and blocked by these insecure people. Good riddance to them, i don't think they realize that people can bite back...

Please spread this around the community. Dojo doesn’t deserve to be the face under the face of Peter
Top 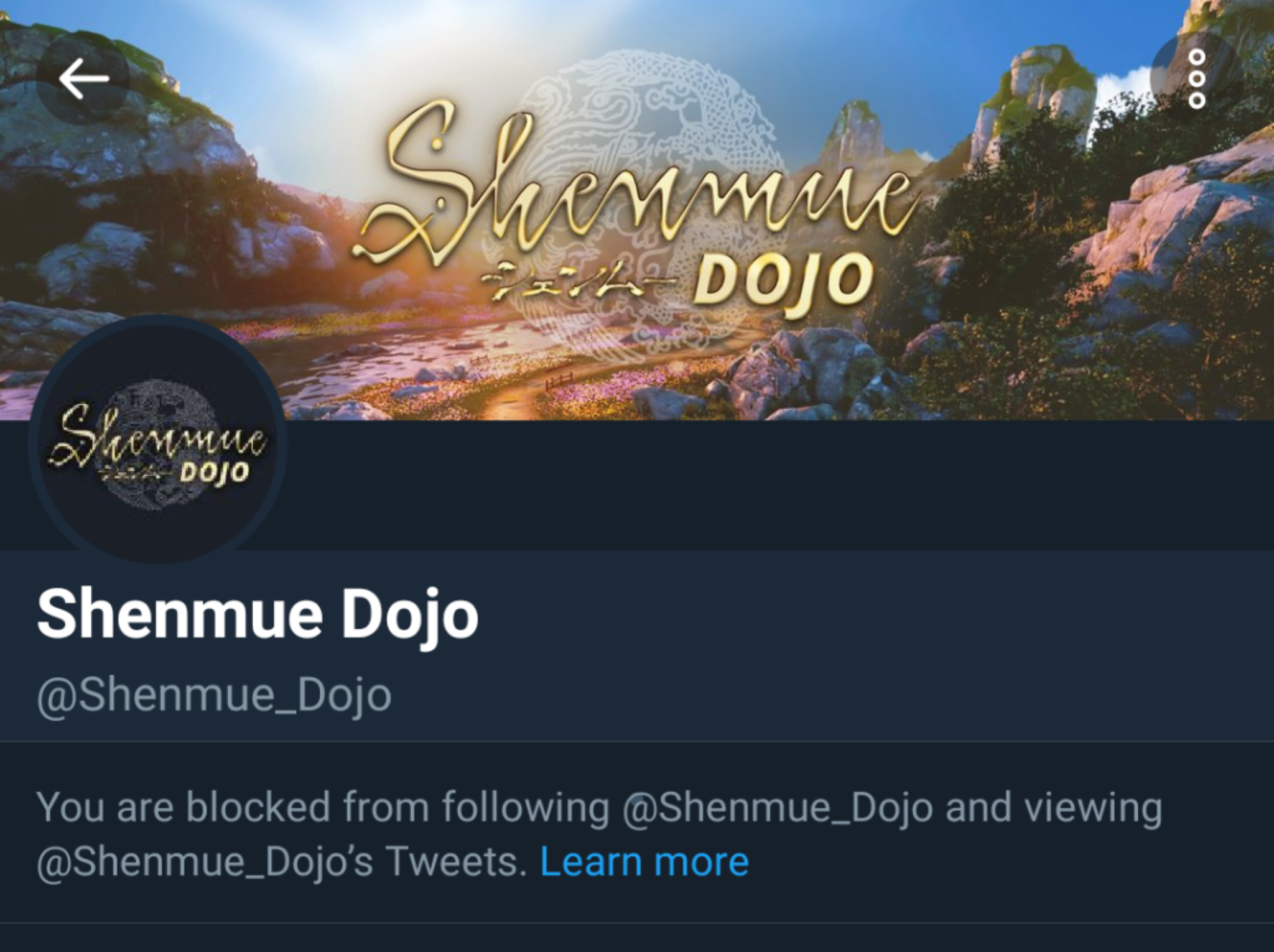 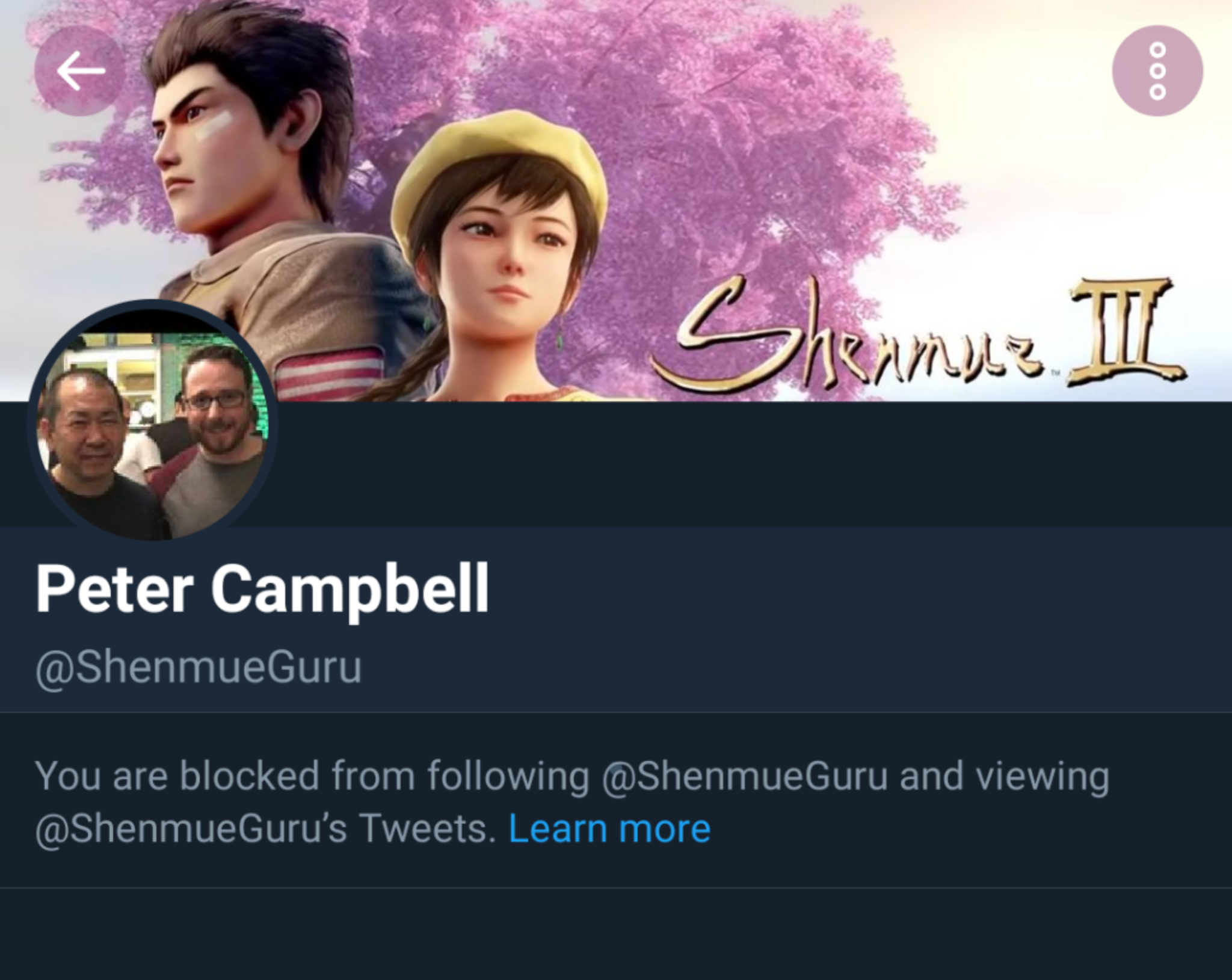 LOL, they probably saw me associating with 500k and blocked me